1. The Waqf-e-Jadid year begins on 1st January and ends on 31st December. Effort should be made so that not a single member of the Jama‘at, man, woman, old or young should be left out of this scheme. Secretary Waqf-e-Jadid will make the aims and objects of Waqf-e- Jadid know to the Jama‘at. (Rule 359)

2. New Ahmadis should also be included in this scheme.

3. The head of the family should make sure that no member of his house is left out of the scheme. Chanda
should even be paid on behalf of newborns.

4. Those who have just started earning independently should participate in it with greater zeal.

5. Members should try to continue the sacrifices of deceased relatives who used to pay Chanda Waqf-e-Jadid.

6. He shall convey to the Jama‘at the directives of Hazrat Khalifatul Masih and the instructions of the
Markaz in this regard. (Rule 362)

Hazrat Ameer ul Momineen (May Allah be his helper) during his friday sermon said :

“Children should be coached in giving, to give out of their pocket money, so that in future it becomes their key preference. 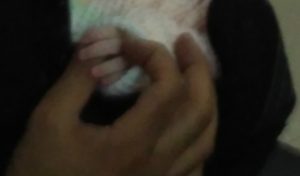 Huzur (aba) also said he had worked out that if families living in the West, who frequently treated their
children to burgers and such like, rather then eat out, if twice a month, they saved the money instead to give it to Waqf-e-Jadid, there could be a 20% to 30% increase in the contribution.

Further Huzur (aba) said he would like to announce that the Jama’ats in the West should entrust the Waqf-e-Jadid scheme to their children. It will not be a burden. They should be trained to save on small levels and thus the needs of India as well as Africa will be met.

“If all the Ahmadi children who grow up under your care, and whose proper upbringing is your responsibility, were to give full attention to this matter….But the fact is that this matter has not been given the attention it deserves.